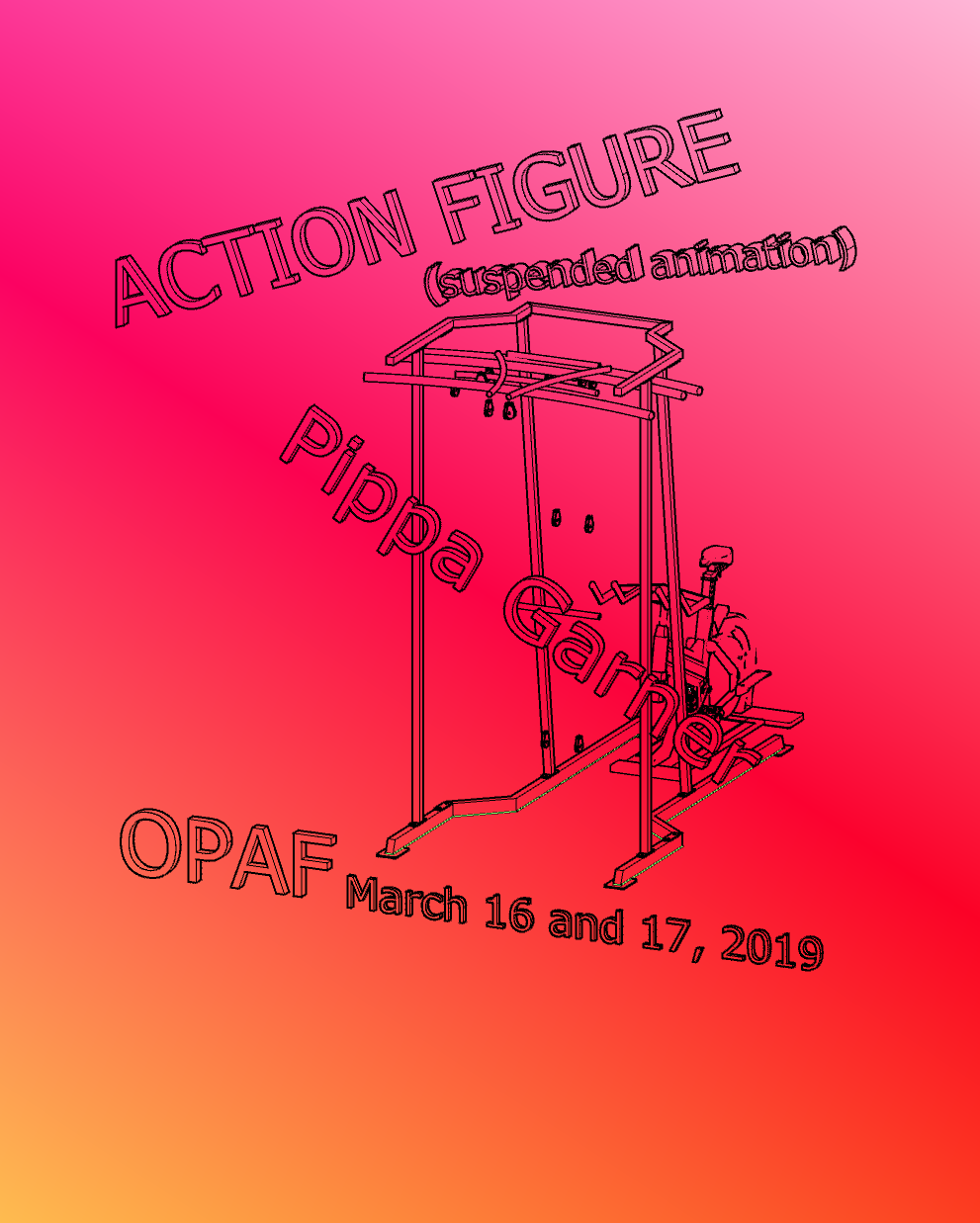 The robotic age owes its origins to the humble string puppet, an articulated effigy completely controlled by a live puppeteer acting out the human tyrannical instinct.
ACTION FIGURE presents the string puppet in full size, featuring a live–alert but inert–human puppet (Living Doll) manipulated by a guest puppeteer seated on an Exercycle. Objectification is the theme, and the two figures showcase familiar roles: Control Freak and Underdog.

Produced in collaboration with California Carts

Pippa Garner began her practice in the 1960’s (then as Phil Garner) while studying at the highly regarded Transportation Design department at ArtCenter College of Design in Pasadena, California, with plans to become a car stylist. It was the era of Muscle Cars and automobile designs were pushing the limits of absurdity. Vehicles were being designed to appeal to our most basic desires for sex and safety and as such overcompensated with weight and size. Garner replied with a sculpture portraying the inevitable result of this car romance: half-human half-car.